Connect with The Poetic Storyteller today to discover more. For your inquiries, feel free to get in touch.

One of the Renowned Educational Storytellers

Just Us Arts is a company headed by a renowned author and national touring artist, Oba William King. He is also one of today’s notable storytellers who present numerous entertaining arts and culture programs for teen and adult audiences. Read on to discover more about Just Us Arts and its well-known touring artist. 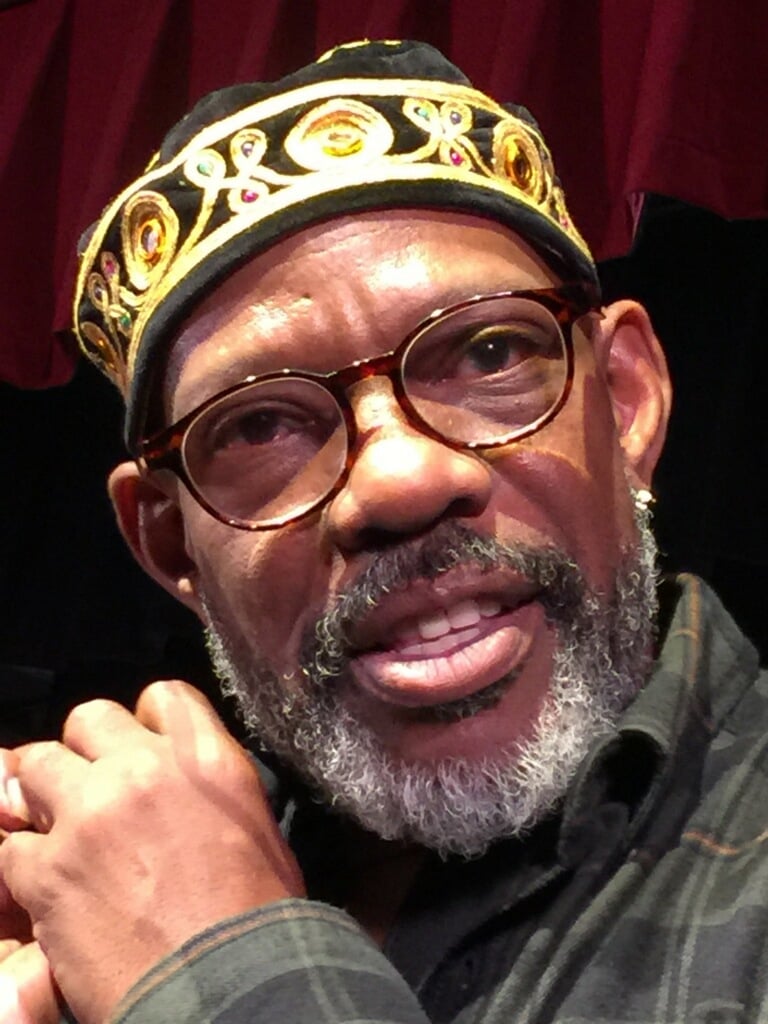 About Just Us Arts

Oba William King is recognized as one of the most exciting storytellers of his peer group. Since his debut with the National Association of Black Storytellers at the San Diego conference in 2006, Oba has ignited audiences with his ability to capture their attention and gently release them into the playful realm of rhythm and rhyme. He masterfully combines professional theatrical training with a distinct poetic style. Oba is an entertaining educator sharing the traditional art form as if it were a sacred gift.
Known as The Poetic Storyteller, Oba’s most significant influence in the art of storytelling came as a result of his sojourn to Benin, West Africa (in the villages of Apolydaho, Sedgae’ and Dakota), resulting in solo performances to share and celebrate his original Anthem “I Love My People.” Following the Africa visit, Oba wrote, produced, and directed “The Courtroom” HIV/AIDS awareness prevention in one act. Oba is currently pursuing opportunities to produce ongoing storytelling workshops, collaborations, and presentations for a new circuit of Midwest venues.
Oba is an Illinois Arts Council Fellowship Award Recipient in Traditional Folk Arts; Jewel/Osco Hidden Jewel of The Neighborhood; Gwendolyn Brooks Hands On Stanza’s award recipient; Illinois Humanities Council “ROAD” Scholar; Dr. Margaret Burroughs “TORCH” Bearer as well as other distinguished honors. Oba is a featured artist through Center Stage for WTTW television in Chicago; the Bermuda State Library; PBS radio station WBEZ FM program “So Many Ways to Tell A Story;” The Bronzeville Children’s Museum; the DuSable Museum; Chicago Public Schools Early Childhood Education; and The Sun Foundation’s Arts and Science in the Woods.
Oba’s history of presenting programs for teen, adult, and seasoned adult audiences dates back to 1994 “Breaking Chains,” a one-man show at Beatrice Community College in Nebraska. In 1998, Oba received an award nomination for the lead role in Dracula at Lifeline Theatre in Chicago and his trend-setting presentation of Sound of a Voice, by David Henry Hwang. Oba won the Black Theatre Alliance award for best lead male actor for his portrayal of Louie in Louie and Ophelia at ETA Theatre, also in Chicago, IL. He is a “Tall Tales” NABS LIARS Contest Champion as well.

Connect With The
Poetic Storyteller

Just Us Arts takes pride in making stories and drama plays that will keep young and adult readers and audiences entertained. Connect with The Poetic Storyteller today to discover more. For your inquiries, feel free to get in touch.